It is with deep sadness that we heard the news of the passing of Philip Viljoen.  Philip was a member at Wingate Park Country Club and a dedicated player for Gauteng North.  He represented the Union on numerous occasions.  He will be greatly missed.  On behalf of the Executive, staff and members we extend our condolences to his family and friends.  May he rest in peace.

On behalf of the Executive and members of Gauteng North Golf Union, we would like to extend our sincere condolences to the family of Edelweiss du Plessis on her passing.  Edelweiss was a member and past Captain at Irene Country Club and Past President of the Northern Transvaal Ladies Golf Union.  May she rest in peace.

The GNGU Annual General Meeting was held Thursday 28 May at 19:00 via teleconference.
We thank those who were able to attend the meeting.

We take this opportunity to thank Karen van Huyssteen for all her dedication and input while she was a member of the Executive.

We would also like to thank Francois Anderson and Ronel van Deemter who had made themselves available for nomination onto the Executive.

We are pleased to announce that Brigid Cheyne was awarded honorary life membership to GNGU.

Lastly, we would like to convey our sincere appreciation to Johan Struwig, for all his passion and dedication during his time as President.  Johan was awarded Gauteng North Colours (Honoris Causa) by the Executive on behalf of the Tshwane Sports Council.

Please CLICK HERE to read the update on cancellation status of National Tournaments.
Please note this notice is applicable to National events with National ranking points.  Further information on GNGU tournaments and leagues will be published when we have more information from government on the lock down and other restrictions. 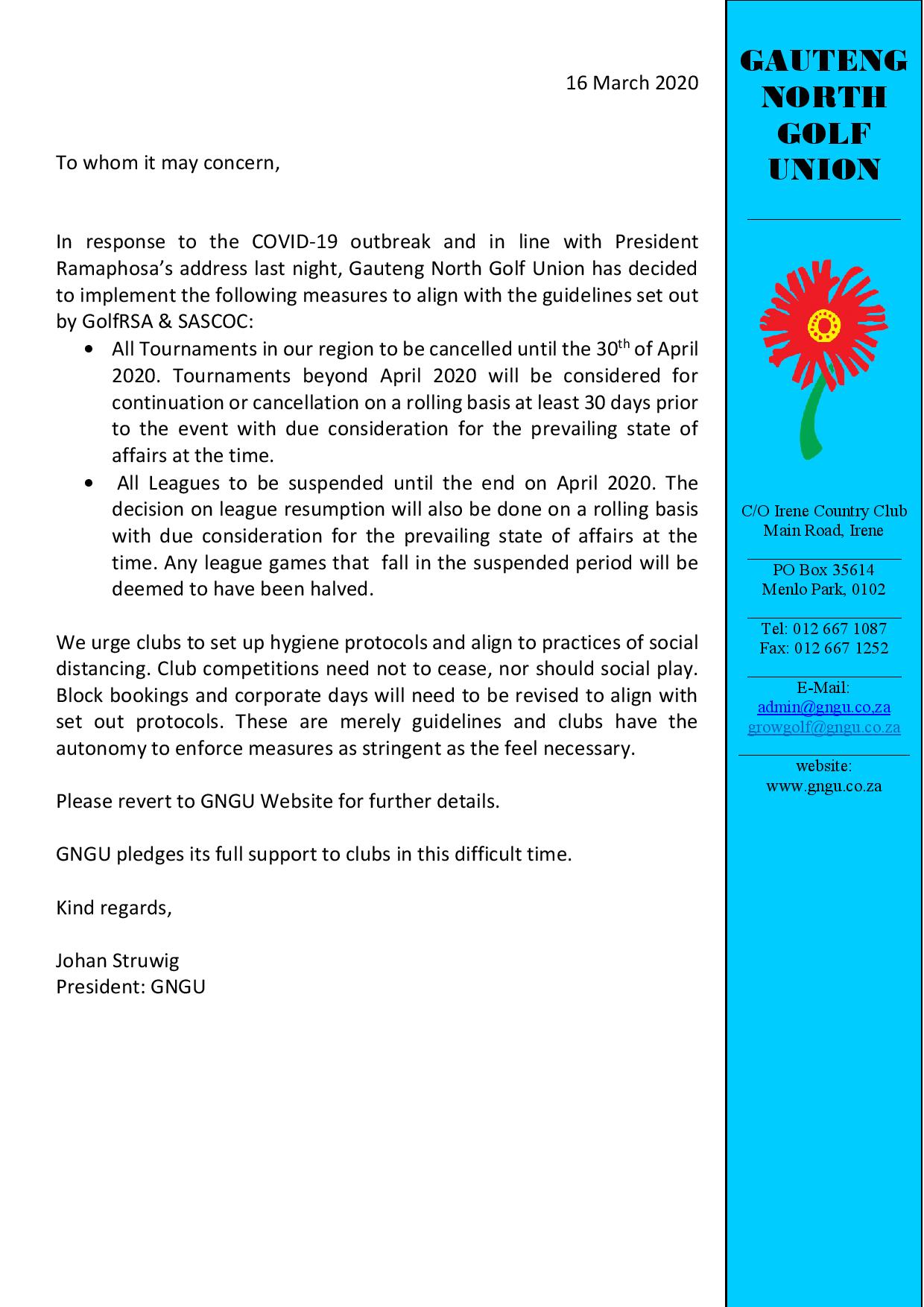 It gives us great pleasure to announced the following teams, who have been selected to represent Gauteng North at the upcoming WGSA 72 Hole Teams Championship taking place at Plettenberg Bay CC 26 – 29 April 2020.

We would like to with both the teams the best of luck with their preparations and we know you will do us proud!